We are excited to have our words provided by Issue 5 guest editor Grant Garland!
–
This Wordsmith Wednesday highlights the lyrics of “She Said She Said,” my favorite track from the iconic 1966 album Revolver by The Beatles. Anybody familiar with the Beatles discography can notice the psychedelic tendencies that begin to flourish on Revolver’s fourteen tracks, the well-documented result of the introduction of LSD to the band. The song is a McCartney-Lennon collaboration, John Lennon penning the lyrics after the band famously took acid with actor Peter Fonda in LA, during their tour of America in 1965.

The words themselves are:

She said, “I know what it’s like to be dead.
I know what it is to be sad.”
And she’s making me feel like I’ve never been born

I said, “Who put all those things in your head?
Things that make me feel that I’m mad.
And you’re making me feel like I’ve never been born.”

I said, “Even though you know what you know,
I know that I’m ready to leave
‘Cause you’re making me feel like I’ve never been born.”

As I mentioned, the specific origin of these lyrics is well documented, down to the moment Peter Fonda spoke the opening line to George Harrison, referencing an accidental gunshot wound Fonda suffered as a child. LSD trips aside, the words are about life changing revelations, and perhaps the human tendency to resist such revelations. Lennon changes the “He” to “She” disguising the song as a love song, maybe because love is often the source of many of his revelations. The first stanza sounds to me like a lover, or somebody trusted (those are almost interchangeable in my mind), revealing knowledge of the afterlife to the speaker. “And she’s making me feel like I’ve never been born” says that the speaker feels like they don’t exist, or that knowing the afterlife might make this existence seem meaningless. The second stanza, with its forceful question “Who put all those things in your head?” is the resistance to the revelations being presented. “Things that make me feel that I’m mad,” however, invites an admission of an already present tear in the fabric of the mind. The third stanza is an interaction between the two, a back and forth that reveals the speaker to be nostalgic for childhood, when “everything was right.”

Unpacking this bag one phrase at a time was very eye opening for me. It showed me why it has taken me so long to listen—and I mean really listen—to the Beatles. Everyone in my generation was likely made familiar with the Beatles at a young age (my parents were not fans, I don’t hold a grudge), but it wasn’t until their entire discography was finally made available on Spotify that I found the time to return to it as a young adult. I found that songs like “She Said She Said” suddenly seemed oddly profound to me. Words that used to feel too simple and not provocative enough suddenly struck me somewhere deep down. When I retrace my life—it doesn’t take long, I am young, after all—I can still place the moment that literary writing clicked for me. It was when I finally learned to realize that simple events can often be monumental. I’ve spent the last several years examining the quiet moments that have had profound effect on me. I have resisted many of those moments while they were occurring, attempting to trudge on the same path, to remain the same as I used to be “when I was a boy.”

It probably is no coincidence that as a twenty-seven year old I suddenly relate to words John Lennon wrote at twenty-five. Our experiences were obviously not similar, him likely having these types of conversations and revelations while hiding out from swarms of admirers at a Los Angeles mansion, and me usually having them in the drive-thru at Taco Bell on a Thursday night. But when the song comes on, and I sing the words, I am aware of myself and my longing for some sort that feeling—the feeling I used to get as a child—of everything being right. 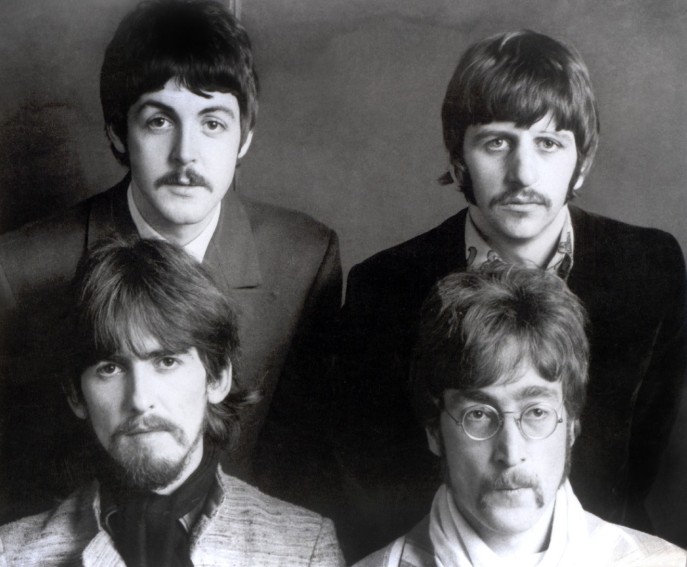